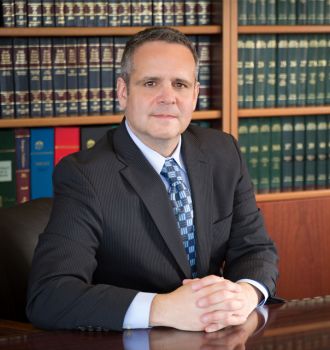 Huntley Morrison (Clay Jr.) is a local Portland product. He is a Grant High School alumni, received his Bachelor of Arts Degree from Lewis & Clark College and his law degree in 1998 from Willamette College of Law.

In 1998 Huntley became a member of the Oregon State Bar and that same year he filed Grady v. Cedarside Inn., et.al., a case that he eventually won before the Oregon Supreme Court. Grady v. Cedarside Inn, et al., (featured in The Wall Street Journal) is a leading case holding sellers of alcohol responsible for their negligence and protecting Oregon citizens from drunk drivers. It is a case that continues to protect all of us from drunk drivers.

"My goal is to educate you on your options and provide peace of mind that you're making informed decisions on how to proceed."

Huntley is also admitted to practice law in the State of Washington and Federal Court. He is a member of the Oregon Trial Lawyers Association and the Washington Trial Lawyers Association. He was appointed by the Oregon State Bar's Board of Governors as a member of a committee responsible for investigating unethical conduct of lawyers in Washington and Yamhill Counties. He was also a member of Oregon's Unauthorized Practice of Law Committee responsible for protecting consumers from the harms caused by non-lawyers practicing law in Oregon.

Outside of law, Huntley coaches his son's baseball teams and contributes generously to charitable groups that protect the environment and promote education for disadvantaged children.