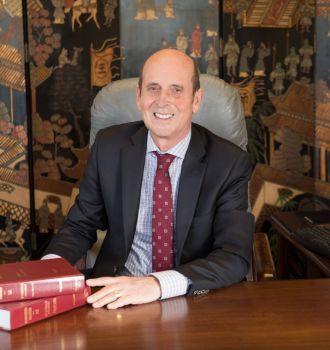 Clay is a leading trial lawyer in the field of injury claims. He was the lead trial attorney in over 250 jury and arbitration trials. Oregon lawyers regularly associate Clayton to help them with their personal injury claims and he has taught lawyer education courses on topics from uninsured motorist claims to winning claims against drunk drivers.

"I'll provide the legal knowledge and skills as needed, but you're the ultimate boss."

Beyond his experience as a leading litigator, he is a skilled appellate attorney with many precedent-setting cases before the Oregon Court of Appeals and the Oregon Supreme Courts. He is regularly asked by the courts and other attorneys to mediate or arbitrate their disputes.

Clayton also has been active in his community, including coaching his grandson's little league baseball teams and contributing generously to charitable groups that protect our civil justice system and promote education for disadvantaged children.